← Utmost Spookiest Games: P.T.
Captain Toad: Treasure Tracker, You Get Out What You Put In →

The release of Smash Bros. may have caused it to feel like a distant memory, but just a few weeks ago Mario Kart 8 received a pretty amazing DLC upgrade.  Although it included some additions to the character and kart roster that I felt were kind of lackluster, it did introduce 8 awesome new courses (and the tracks, of course, are the true stars of the Mario Kart series).  There is one final DLC pack announced for May (which seems like an oddly long time table to me) with little known about the next round of tracks that will be introduced, though the three new racers have been announced.  It’s a somewhat reasonable guess that at least one track will be Animal Crossing-themed, as Villager and Isabelle are announced crossover characters.  Since thinking about the future of Mario Kart always gets me excited, I’ve compiled a short list of things I’d think would be cool for the next round of tracks. 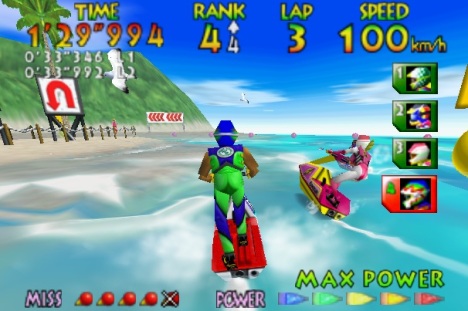 The first round of DLC had F-Zero (Mute City) and Excitebike themed tracks, so it doesn’t seem far-fetched to me that Nintendo might prepare appearances of their other racing franchises.  I’ve always had a heavy fondness for Wave Race ever since the N64, but I also feel like it might not be the most appreciated of Nintendo’s series.  Even when compared to F-Zero, a series which hasn’t seen a proper release in a long while, it just doesn’t receive nearly the same level of attention.  I would like to see Nintendo give the series at least a respectful nod, as they did with the Mute City track.  Unfortunately, I think this is somewhat unlikely for a few reasons.  First, it’s a little challenging to create a Wave Race-based track in MK8, because you don’t really race on the water in MK8, rather you race under it.  Maybe they can set up the track so the hover wheels are triggered over water (sort of Jet Moto-style), but that leaves me to wonder then if the Mario Kart 8 engine is set up to handle the wave-physics that Wave Race is based around.  Also, the style of Wave Race is more grounded in reality than the fantastical and whimsical settings of MK8 and F-Zero.  Therefore, despite my enthusiasm for Wave Race, I’m conflicted as to whether the two series would really mesh well together.

Pilotwings, although not a racing series, I think could actually work a little bit better with MK8 than Wave Race.  I’ve no experience with the SNES game, but I thought the N64 game has always been a bit underappreciated.  I also really like the breezy, high-flying, flat-shaded aesthetic of Pilotwings Resort and the Pilotwings-stage in Smash Bros, which I think could make for a visually stunning MK course, similar to what they did with Excitebike.  I’ve always felt the Mario Kart 7-inherited parachute mechanic is lacking in substance and really just serves to extend the scale of the courses.  Perhaps a track with multiple parachute segments that utilize PIlotwings elements could prove fun?  I’m thinking things like boost rings and bullseye targets in the landing areas that provide some sort of benefit if hit.

One of the most interesting tracks from Double Dash, I’m a bit surprised Mushroom City hasn’t already made a reappearance in Mario Kart.  In addition to the heavy traffic, Mushroom City’s main draw is its convoluted layout, allowing players access to diverging paths and junctions as they race through the city.  Actually, a new city-themed track made from the ground up for Mario Kart 8 might be more interesting.  The improved hardware could allow for an even more sophisticated and maze-like city, and randomized traffic patterns could provide impetus for players to switch up the paths they take through the thoroughfares. 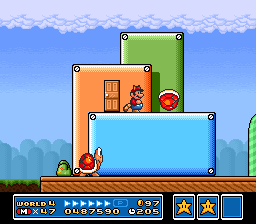 I’ve always thought World 4 from Super Mario Bros. 3 could make for an interesting track.  I’m imagining a track where players have to focus on avoiding the giant-sized versions of common Mario enemies such as koopas, goombas, piranha plants, Sledge Bros., etc.  Also, perhaps there could be some sort of mechanic where racers could go through some sort of doorway/gateway (kind of like in the original World 4) and become big themselves.  The giant-sized racers would have an advantage in that they could trample smaller racers, but the smaller racers would have an advantage in that they could access certain shortcuts that the giant racers wouldn’t be able to fit through.  A cool idea I think, although maybe a little gimmicky. 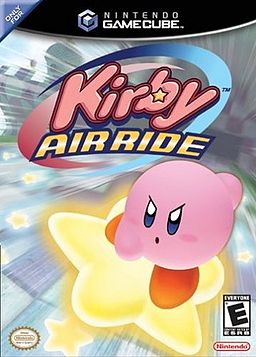 I don’t have a whole lot to say about this one.  I include it purely out of how much I enjoy it.  The XXL-sized Double Dash track was a favorite of mine, and I’d like to see it make a comeback.

All in all, regardless of what we see appear in the final content package, this first round of DLC gives me faith that Nintendo will deliver quality.  The only track I think I distinctly dislike is Excitebike.  The simplistic oval Excitebike track seems like a low hanging fruit for the development team that Nintendo dressed up in nostalgia to avoid complaints.   I seem to be against the grain of popular opinion, though, since it always seems to get a lot of votes online.

← Utmost Spookiest Games: P.T.
Captain Toad: Treasure Tracker, You Get Out What You Put In →