Halloween has come and gone, but I’m not done yet, and here’s the epilogue to Halloween Gaming 2017.  Night Trap is a sort of interactive movie released for Sega CD way back in 1992.  It’s kind of a legendary game, not because a lot of people played it, but because it was one of the focal points of the 1993 congressional hearings on video game violence that directly led to the formation of the ESRB.  I missed out on the Sega CD, but fortunately, Night Trap finally saw re-release this year for its 25th anniversary.

In Night Trap, you take the role of an unseen systems controller for the Special Control and Attack Team who have been investigating mysterious disappearances occurring around the lakeside winery of the Martin family.  An unnamed SCAT operative managed to hack into the house’s video security system to discover footage of guests being unwittingly captured by a complex series of traps laid throughout the home.  To make a short story shorter, the Martins are essentially vampires and constructed the various traps in the winery to capture victims for eventual exsanguination. 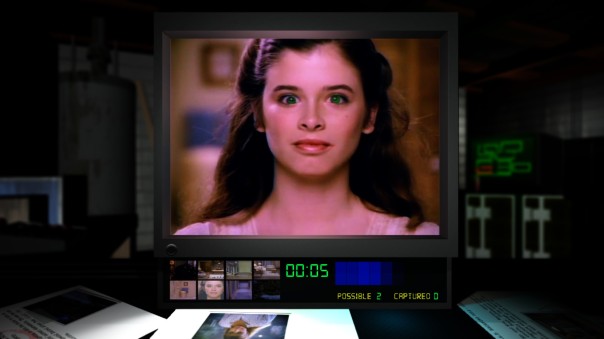 As the game starts, SCAT is preparing to catch the Martin’s red-handed as they welcome a new set of victims, six high school girls and one tag-along little brother, for a weekend stay at the lake.  As the control operative, your job is to watch the hacked video feeds coming from the house and use your override of the traps to protect the guests if necessary.  Things get complicated as the augers, mysterious men clad in black from head to toe, begin to invade the house and attempt to capture and drain the guests’ blood for themselves.

The goal of the game is to essentially capture augers and protect house guests.  The player has eight video feeds spying on different rooms of the house and must look out for auger activity by switching between these feeds.  When an auger on the screen comes near a trap, a blinking bar at the bottom of feed changes from green to yellow to red.  When it lights red, the player can set off one of the house’s traps and eliminate the auger as a threat.  Eventually, you begin to memorize where the traps are, and don’t need the assistance of the indicator as much.

In the early parts of the game, the augers merely move from room to room searching for the Martins’ secret passages.  They stay away from the guests and don’t threaten them directly.  However, if the player lets too many of them escape out of sight, the SCAT commander will interrupt the connection and explain that the mission has failed.  Later in the game, Augers begin attacking guests directly using a strange device that they hook to the victim’s neck to draw out blood.  The player must closely watch for these confrontations and use the traps to save the victim.  If any house guest is killed by the augers, the game ends.  In addition, sometimes the Martins will change the color access code to their security system, so the player must pay close attention to them as well, and change the access code when the Martins attempt to break the connection. 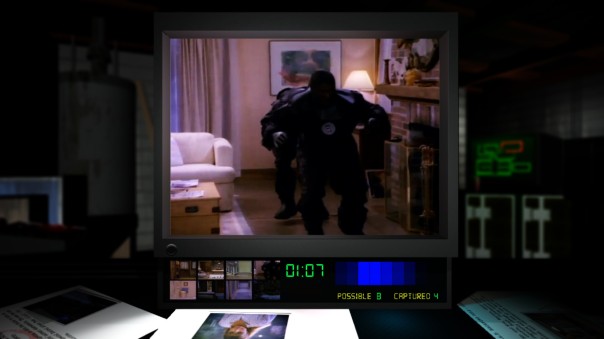 In parallel to the action with the augers, there are several scenes with the house guests and the Martins which advance the plot.  The game’s storyline is not particularly serious or complex.  It’s a fairly cheesy affair that to me just screams that it’s a product of the late eighties/early nighties.  Nonetheless, I did find it amusing and wanted to keep up with what the cast of characters were doing.

The problem with Night Trap is really that there is the way you want to play Night Trap, but then there is also the way you have to play Night Trap.  I really enjoyed following the plot involving the actual characters, but my ability to focus on these scenes was continually being interrupted by the need to switch to other rooms so that I didn’t miss any opportunities to trap augers. So you’re left in the position of choosing between whether you will watch the story threads play out and hit a point where you can’t progress further in that playthrough because you missed something important, or your ignore the plot development and simply focus on the stuff that is required to move forward, such as capturing the roaming augers or listening for changes to the code.

Really, Night Trap is a game that the player is probably meant to replay multiple times, and probably fail on most attempts.  When played this way, there would obviously be more opportunity to see all of the scenes in the game.  In a way, that makes sense for the time Night Trap was released.  People bought fewer games on average back then and games tended to be shorter, and so each game had to offer a lot of replay value to keep gamers occupied for longer periods of time. 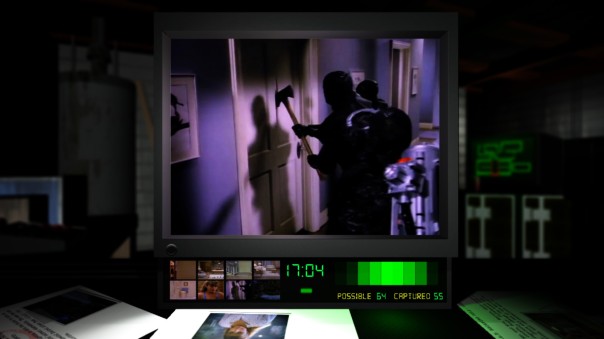 There is another reason that Night Trap requires so much replay: Night Trap is hard.  Particularly, the second half of the game gets quite hectic, and there are a lot of do-or-die moments that are easy to miss.  This leads to frequent abrupt game-overs.  You have to play the game quite a few times to correctly get down the sequence of where and when you need to set off traps.  From start the finish, the whole thing takes roughly 26 minutes, but there is only a single save spot at the halfway point (at around the 13 minute mark).  I’m not sure if this checkpoint existed in the original version, so it may have been even harder then.  I’m glad there’s not frequent checkpoints, because that would make it harder to see all of the scenes.  But I think at least one more checkpoint toward the end of the game before the final confrontation with the Martins would have been appreciated.

Night Trap isn’t a particularly scary game.  I think the game was originally intended to have the atmosphere of a horror movie, but this didn’t pan out for various reasons.  The My Life in Gaming Youtube channel did an excellent documentary on the game which revealed a lot of interesting facts about its production.  Originally, the set was intended to be darker and more grim, but it seems like they had to make things brighter and more colorful so the image wouldn’t become excessively pixelated during the digitization process.  And despite its place in video game history, it’s not particularly violent.  It’s crazy to think that this game was held up at one point alongside Mortal Kombat as an example of video games corrupting American youth.  Compared to the over-the-top gore of Mortal Kombat, Night Trap is incredibly tame.

Overall, I enjoyed Night Trap.  But to enjoy it, one has to have a lot of patience with it.  I doubt it’s for everyone.  The people who made this game were trying to do something completely new with the use of live action video, which I can certainly appreciate.  But it’s definitely good to have an easily accessible version available now so that everyone has the option of trying out this important piece of video game history.